Last Wednesday I posted William Bozarth's 1939 obituary because of its reference to the Jersey Devil. John Yates, a history buddy, sent me the following recent obituary for Harry Leeds, Jr. which also mentions the Jersey Devil. Althought Harry never claimed to have seen the winged beast, it seems his ancestors in the Leeds family had a direct connection to the cloven hoofed creature. Talk about your "Missing Link!"

Harry had a unique take on the Jersey Devil, seeing him as "a decent guy who liked to help people." Interesting! Well, I guess many of us tend to see our ancestors through rose colored glasses, and Harry really had a big pair.
Pete S 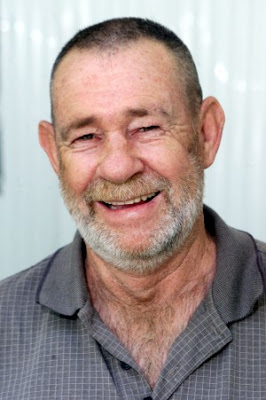 Leeds, a Democrat from one of the area's oldest families, served on the governing body for most of 20 years, leaving office after losing re-election in 2000.

Mayor Tom Bassford said he and other township elected officials received e-mail confirmation earlier this week of his death.

"He was a good man, Harry Leeds was," said Bassford, a Republican. "He was old-time Galloway. He loved Galloway Township. I may have disagreed with his politics sometimes, but he was a good man."

Leeds was piney aristocracy, proud to say he descended from Daniel Leeds, who in 1690 entered from England into the practically virgin wilderness that is now the township.

Harry Leeds was born in 1935, one of seven children in the family, growing up in the township's Oceanville section.

"He was a bad kid," recalled Ken Sooy, a childhood friend and current chairman of the township Planning Board. "He was one of the rough boys. In a small town, you have the kids who are ready to fight if necessary and hold his own. He also grew up in a big family, and as you know, when you have a bunch of brothers and sisters, you're either tough or you're lost."

Leeds enlisted in the Marines in the early '50s, said his son Clyde A. Leeds, 43. After meeting and marrying his wife in 1957, Clyde Leeds said his father worked with members of the U.S. Army's Special Forces in Vietnam.

Clyde Leeds said he was named for Harry Leed's brother Clyde, killed in Vietnam in 1966.

Harry Leeds retired from the military in 1975, returning to the area and buying the Muskett Tavern at 343 W. White Horse Pike in 1981, the same year he won election.

During his life, he saw the construction of the Richard Stockton College of New Jersey and the Pinelands Act, which brought higher education, tens of thousands of new residents and permanent change to the region he held dear.

He described his early days in the rural township to a reporter in 2003, saying "folks lived off the land and ate what they caught in the bay, and everybody had a hog in the back yard," he said. "It was a different place."

Much of the planning for growth came during his time on the governing body, focusing on commercial and medical office development around Chris Gaupp Drive. A new township building, to replace the smaller one that burned down in 1983, went up several years later on a former vineyard on East Jimmie Leeds Road.

While he served at least four one-year terms as mayor, he was unsuccessful in four separate bids for county Freeholder.

He was a generous person, said John W. Mooney, a former Galloway Councilman who is now Atlantic County's Superintendent of Elections.

"Harry will give you the last dollar in his pocket, if you wanted it," Mooney said. "He had a big heart."

Leeds was never shy to claim heritage with the Jersey Devil, the legendary beast of the pines who supposedly was born to Mother Leeds in 1735.

"He was like the local historian on the Jersey Devil," Mooney said.

As the legend held, the devil was her 13th child, cursed by Leeds for the pain it brought her. It then sprouted a forked tail and cloven hooves, fleeing up the chimney and flapping away into the night as fast as its newly grown leathery wings could carry it.

Harry Leeds would show reporters and others the cellar hole off of Moss Mill Road where her home supposedly stood, and his son said he appeared in more than a dozen documentaries about the legend.

"The myth is that he was a bad guy," Leeds told The Press of Atlantic City in 1995. "He was a decent guy who liked to help people."

He blamed sprawl and development on increased sightings.

"I believe the reason he was chased out of this area was because people were coming in and he wanted the area to himself," he told The Press in 1999, adding that the last sighting was around the time of the Vietnam War.

Leeds sold the Muskett in February 2006, buying a home in Lewes, Del., with his wife and ailing mother-in-law. After his mother-in-law died in 2009, Clyde Leeds said his father was making plans to spend more time in this area, but he died of a heart attack on Friday.

Click below to see a video of the Jersey Devil's birthplace, including an interview with Harry Leeds.

If you have trouble viewing the video, you can see the original on UTube by clicking below.